The Ebola Crisis: A Case Study in Worldviews

Numerous articles have been sparked by Brian Palmer’s piece on the Christian medical “missionaries” and the Ebola crisis. They include the following at MereOrthodoxy, Ethic’s Daily, New York Times!, and BreakPoint.

These have mostly focused on the motivations of Christian healthcare workers and how scary this is for many. I want to write about the worldview aspect of the burgeoning crisis. That is, not the worldview of the westerners but of those who are most affected and suffering, the Africans.

A hint of their worldview comes from a communication I received from an acquaintance intimately connected to the westerners on the frontlines of the Ebola crisis. I was hoping to convince him to write an article for the Christian Journal for Global Health about his firsthand experience, but the situation is changing too rapidly for him to sit down and write.

Nevertheless, what he sent me is a fascinating, though sad, look inside the challenges rooted in worldview in Liberia, Sierra Leone, and so many other African countries.

Here is what was said:

Sorry to be putting you off. One main reason is that the situation is so swiftly changing. The early response from the churches … was as follows:

When we came in, as fellow Christians, and fellow worshipers, our folks would explain all about hand washing, how the virus would be transmitted, etc. After all that, and demonstrations etc. then the pastor would end by sort of opening his hands, and saying something like, “We hear all that but we are just dependent on prayer, and we know that nothing we do can change God’s will for us. We know if we pray God will protect us.”

Ugh, our folks were so frustrated, while, after explaining, and demonstrating they were confronted with incredible fatalism. Now it is very different. There is very little hugging, hand holding, or touching of any kind, but the pastors all say the churches are packed and praying.

We have formulated a sort of question list for pastors to work with in teaching their congregations.

But, as I say, it is such a moving situation. We were just on the phone this morning with our guys in Liberia. We will speak again to them on Friday. The one thing, when we are on, one on one, with our staff, is the fear they have for the safety of their families. For themselves they know how to behave, but while they are at work, they will call their wives and tell them not to step off the porch, and don’t let the kids out etc. This fear is probably the greatest challenge, as it pervades night and day, and there is no break. When we begin to attempt to apply theology to this, we also need to have some practical actions to give them at the same time. It is one thing to know your theology, but it is another thing to think of putting your foot right on the footprint of an infected person, who will be dead tomorrow. What did they touch? Where have they been? It is very scary for all the people.

You have seen the reactions of some of the non-christians who feel trapped. In Guinea, killing 8 workers. In Sierra Leone the attack on the body disposal crew. This is only the beginning of it. I am thinking a person can begin writing, but it is way to early to say we have any sort of answer yet.

This thing has a long way to go, and will so deeply affect the people that it is difficult to comprehend how it will end up.

This is fatalism at its worst. It reminded me of a promo video I was shown during a recent medical missions summit. In it an African male voice prays fervently that God will, among many things, get rid of the violence, corruption, poverty, etc. in this man’s country. It seemed most in the room were deeply touched by the video while inside I was rather disturbed. This person was essentially praying as if God was going to do all this while the local believers just sit by idly (suffering) and wait for Him to act!

My long time mentor, Dr. Dan Fountain, always taught that if we seek to help people live lives of Shalom (our term for development work) but don’t help them overcome a fatalistic worldview, we will never make progress. This is the job of the Church. Yes, we are to be a praying people, and yes, we are to have faith, faith of a mustard seed. But after we pray and after we acknowledge our faith in Christ we then need to act. The two cannot be separated. If they are, we will see further episodes such as is occurring in Africa right now. Michael Soderling MD, MBA (International Development) serves as Director of the Center for Health in Mission and is the Associate Editor for Health Missions for the Christian Journal for Global Health. 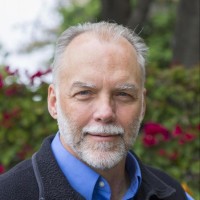 About Mike Soderling
Michael Soderling MD, MBA (International Development) serves as Director of the Center for Health in Mission and is the Associate Editor for Health Missions for the Christian Journal for Global Health.

A Secularist Inquisition: Houston and Freedom of Religion   How a Welfare Mentality Crushed the War on Poverty