My wife and I were beyond impressed by the recently released DVD, Fireproof.  Only later did I come to discover that all but one of the actors and producers were from the same local church.  Then I found out that the movie was created for only $500,000.  How much did it gross?  A whopping $33 million!  God has continued to bless this well-done film that illustrates what love should be, including not only the relationship between husband and wife, but between partners and the Lord.

In addition to the film, the soundtrack of the movie has made an incredible impact.  I browsed a few of the songs that were especially meaningful to me and found that each artist had a page dedicated to stories of people who had been greatly impacted by the power of their song and the importance of God’s plan for love and marriage.  My favorite song and stories of response can be found here.

Finally, I enjoyed NPR’s coverage of Fireproof and the Christian film industry.  Here is a quote they used from Doug Phillips, organizer of the San Antonio (Texas) Independent Christian Film Festival in January.  You can listen to this review here or read it here.

“Instead of just complaining about sex and violence,” Phillips says, “Christians must make films that reflect their own values. He says he started the film festival five years ago when he realized that Christians were losing the hearts and minds of the young.

“What is the single biggest influence on our families?” he asks. “I wish I could tell you the biggest single influence were churches, but that regretfully is not the case. The truth of the matter is, it is the media the people take in which are shaping and forming ideas.

“If Christians want to compete in the world of ideas,” he says, “they have to make great movies.” 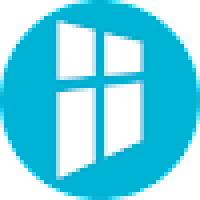 About Tim Williams
Fresh Thinking on Transformation, Post 1 of 3   Mongolians Turning to Christ